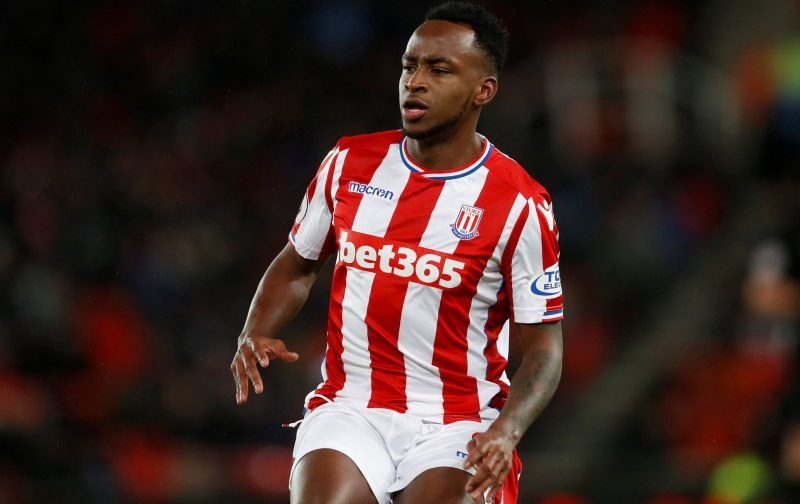 Stoke City striker Saido Berahino broke his long-standing goal drought in the recent EFL Cup clash with Huddersfield Town in August and he’s only gone and got himself a second goal in the season of 2018/19.

The 25-year-old former West Bromwich Albion striker has seriously struggled in front of the net since he made his reported £12million move to the Potteries in the 2017 January window but after numerous games for us breaking that duck was massive, and with the September international break in full flow, he made his debut for Burundi this weekend and marked it with another goal as they played out a 1-1 draw with Gabon.

With the statistics saying 913 days without a goal for the player, getting these two in quick succession as well as gaining his international debut should certainly do wonders for his confidence and give him a lift and I doubt I’m alone in hoping that this is now the corner turned for him as his early potential and eye for a goal at West Brom was clear for all to see.

The sooner he can get back to that kind of productivity, well, the far better it will be for us.