Majority Of Stoke Fans Back This Man Over Game Time 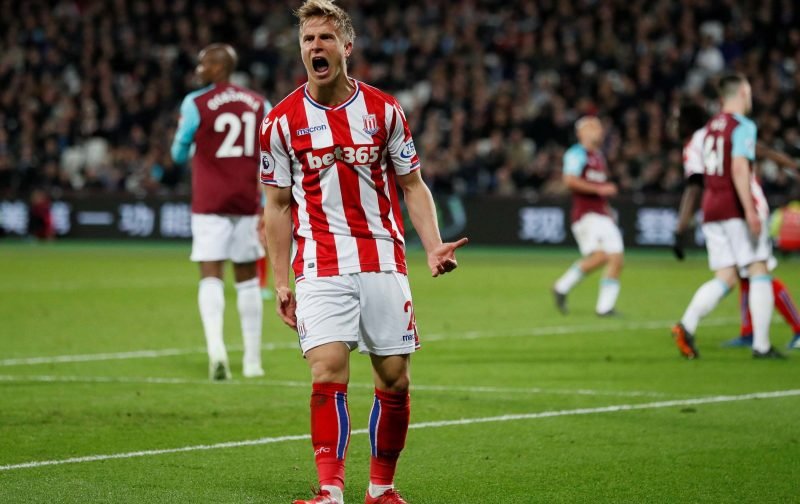 Having started the season at right-back in our opening two games of the 2018/19 Championship campaign, the 26-year-old has found game time limited since then featuring as only a substitute in the league, although he did take in this weeks midweek clash with Sunderland in the EFL Trophy.

You got to hide the anger. practising smiling in the mirror. It‘s like putting on a mask..
#scfc#nosucesswithoutfailure pic.twitter.com/DT7GHE4Mx2

With defensive issues given our start to the year so far following on from relegation last term, it’s understandable as to why Rowett had made changes, but it seems a number of fans don’t believe he’s called this one right as Bauer has quickly established himself as a fan favourite following his arrival from Rubin last January.

Bauer is FUMIN (quite rightly) pic.twitter.com/EFnNDt7B81

Must be difficult but try & keep your chin up ????

Chin up Moritz and when you chance comes, as it surely must soon, grab it with both hands. We are all rooting for you. #visunitafortior #wellbewithyou

Just keep going Bauer! We got you!! pic.twitter.com/UeK4Yq9Cyd

Keep going Moritz, we're all hoping you get your chance soon enough.

Keep going mate, the fans are with you and absolutely amazed that your not playing in the 1st team ????????‍♂️ #Toplad

Whilst the reactions are by no means 100% in his favour, he does have his critics, it appears the vast majority of those who took the time to respond to his initial post that indicated his current frustration are rooting for him.