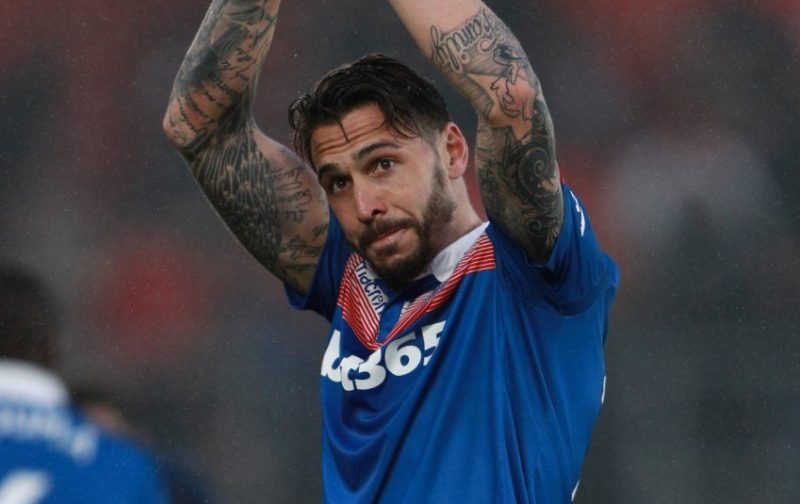 The 33-year-old has had his up and down moments at the club following his arrival back in the summer of 2012 and he boasts 186 appearances for us in the years since and it’s fair to say the US international does split the fanbase because he’s never been a ‘wow’ player, he’s steady, reliable and does the ugly stuff.

Arguably he should’ve had greater game time at the club but he’s always kept his head down and just worked hard in the background.

On Friday we let him go to QPR as he hasn’t featured for new manager Gary Rowett and it’s fair to say it didn’t go over that well amongst the fanbase as these fans at least fail to see what the likes of Darren Fletcher offer us over Cameron.

Why let him go, out of all our midfielders? Great servant to the club and has done more good for us than Fletcher/Adam have

If he didn’t want to be here because of the football then I don’t think QPR is exactly a step in the right direction. I suppose it’s no coincidence that he moved to a London club if he was unsettled

As you would expect of any player in the squad. Been a good servant to the club and a model professional. Hope he does well.

Keeping Fletcher and getting rid of him is ridiculous. Far better midfielder than fletcher when fit.

Rather keep him than fletcher or Adam. Don’t understand this.

Shame, should have been in the team over Fletch

Strange decision. Better centre back than most on our books and a decent midfielder when fit.

Gutted, can you not swap with Fletcher instead, all the best @GeoffCameron see you next season

Good luck Geoff , I’m sorry to see you go, you did play well for us

Why have we done this??