This Stoke Man Stole The Show Against The Owls 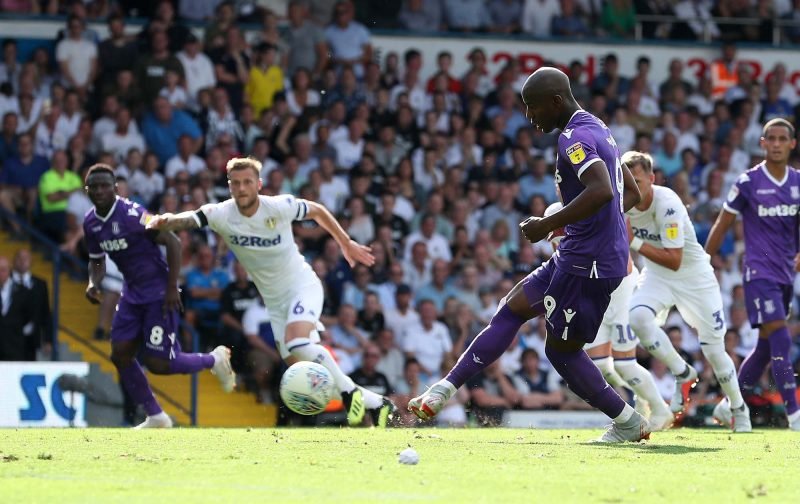 Heading to Hillsborough following the recent international break, the day couldn’t have started more promisingly for us with Benik Afobe opening the scoring two minutes into the game. He added a second to complete his brace in the 22nd minute but the hosts clawed one back two minutes later.

Afobe did have another effort ruled out for offside, but they levelled matters up with eight minutes remaining in normal time. 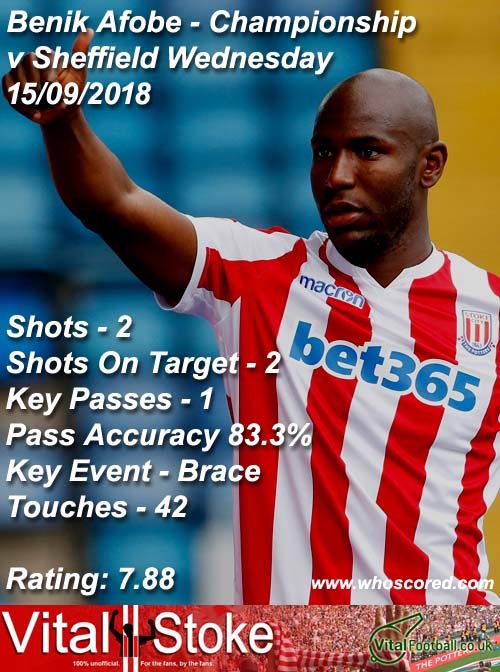 It’s no surprise to see WhoScored give Afobe our top rating on the day. Two goals from two attempts on target, a key pass and an 83.3% pass accuracy rate show he was lively enough at the top of the pitch for us and he deserved his rating of 7.88.

Seeing only three other players join him with a rating of above seven – Erik Pieters, Peter Etebo and Tom Ince – was disappointing though give the early control we had on the game. But that obviously wasn’t the only disappointment on the day.

It’s still early days in the campaign but our form needs to turn quickly as we are only one point off the relegation zone, and given early season optimism about promotion at the first time of asking, the gap to the top if building now.