Stoke Man Proves His Worth Again With MotM Against Swansea 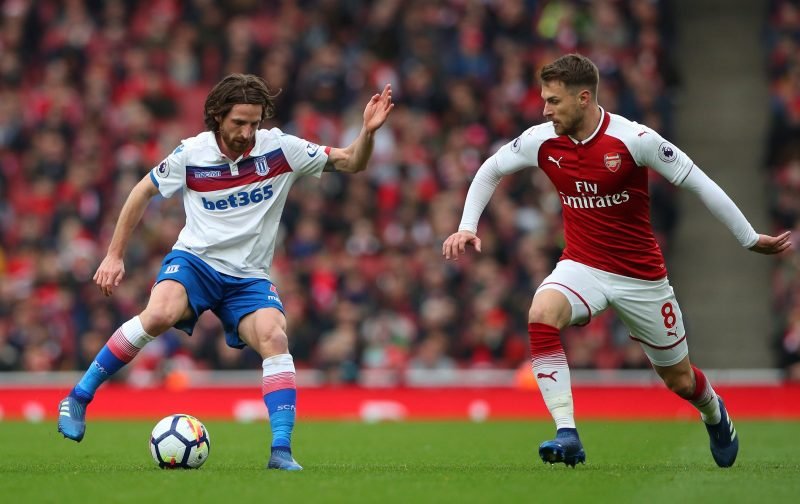 Manager Gary Rowett finally picked up his second win of the 2018/19 Championship season as we took victory over relegated Swansea City yesterday evening.

A disputed goal as it seemed that Benik Afobe was massively offside when the ball bounced off him, saw former Swan Joe Allen continue with play whilst others stopped to appeal, and he lashed home in the 57th minute to secure all three points at the Bet365 Stadium.

The win lifts us into 14th place in the table, but with such a telling contribution it’s no surprise to see the Welshman given the Man of the Match rating by statistics website WhoScored. 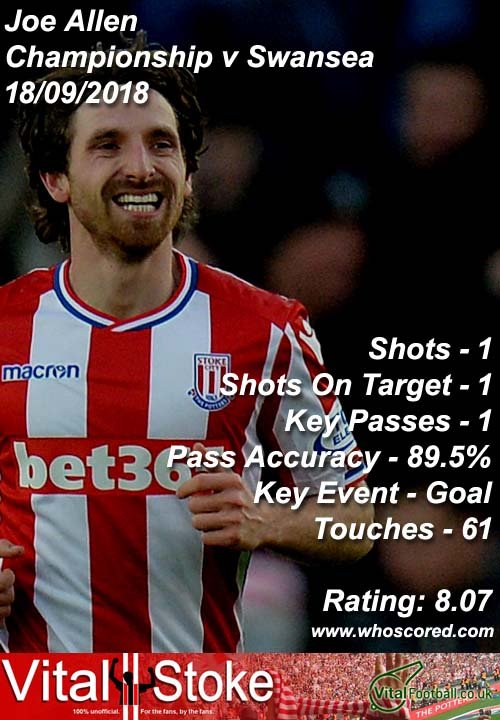 8.07 was higher than anyone else on either side across the 90 minutes, and our top five best players according to their ratings were Jack Butland, Ryan Shawcross, Erik Pieters and Ryan Woods and although it was hard-fought, it was a much-needed win with a strong defensive performance given the chances the visitors fashioned.

Another step in the right direction for the side and again the confidence boost should serve us well.