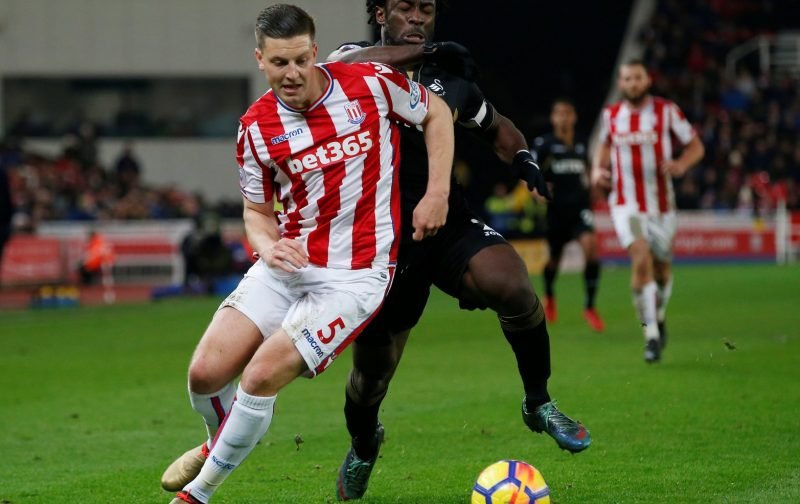 Stoke City have had incredibly little to show for the £18million capture of defender Kevin Wimmer from Tottenham Hotspur.

The 25-year-old only ever started 16 games for us, with a further three showings from the substitutes bench and it was a harsh lesson for Stoke when it came to ‘how not to do transfers’. Spurs were probably rightly laughing all the way to the bank as 31 showings in total for only £4.3million looks far more respectable – even for a failure.

In any event, over the summer we all got our wish as he moved to the Bundesliga and Hannover 96 and so far this season he’s played four times, scoring once.

German outlet Sportsbuzzer carried an interview with him this week and reiterated his desire not to return to the Potteries at the end of the season when his loan expires, and it seems plenty of Stoke fans are happy he hasn’t changed his mind.

“My wish is that I do not just stay here for one year. Nothing will change that.”

He will probably drag his heals, which won’t be any different than his sprinting to be fair.

Don't think it will take much of his 'power' since everyone wants him to stay there!!! No 'return to sender' tag sent by Stoke with this guy!

And we’re meant to be sad?

How much money do you think we can expect if Kevin transfers to Germany?? Do you think we`ll get our £18m back? I honestly won`t miss him! Tony

Wimmer has, of course, said the same thing before. Having made the move he pointed out after a very short period of time that the club suited him better and that he was hopeful a permanent deal could be done as I remembering covering it for this site.

Let’s hope he keeps enjoying his spell over there and doesn’t complicate things but not convincing them to do a deal!